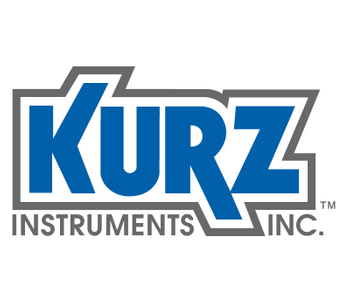 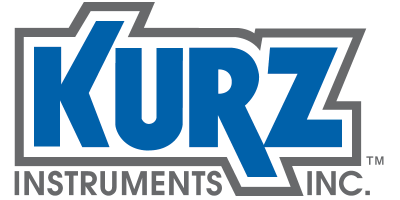 In a recent project and the subject of this paper, Kurz engineers conducted a study that lead to a unique, new design that allows thermal flow meters to perform accurately within a wet digester gas environment. The testing environment applies to landfill and digester applications.

Thermal mass flow meters provide excellent measurement capabilities in dry gas flows. They have proven durability, accuracy, and repeatability. However, thermal flow meters are sensitive to liquid droplets in the gas stream. For a thermal flow meter to work accurately in the digester environment, the probe must be placed far enough downstream so that the entrained water in the gas stream has condensed onto the pipe wall. Optimal placement is typically not an option and, in the real-world, probes are inserted very close to the digester. In this very wet environment, any condensing liquid (commonly referred to as mist or fog) contacting the sensor probes causes a high reading due to the liquid vaporizing on the heated portion of the sensor. As a result of this deficiency, digester measurements with conventional thermal meters are largely ignored when moisture levels rise because there is no confidence that the measurements are true.

Developing accurate flow rate data allows wastewater treatment facilities to more precisely manage digester production levels, enabling tighter controls on methane levels and flaring. This can make facilities more efficient in meeting peak flow and load conditions, which vary based on population changes or wastewater sources. It is also important to monitor the gas coming out of the digester to ensure the digester health levels are optimally maintained and that greenhouse gas emissions can be accurately reported.

Sewage treatment involves removing contaminants from wastewater and sewage (human waste, food waste, soaps, and detergents) to produce a safe fluid waste stream and a solid waste suitable for reuse (typically as fertilizer). Two processes are predominantly used to break down the waste:

The sewage within the digester is called 'sludge.' Bacteria is added into the digester where it breaks down the sludge. During this time, the sludge goes through four stages of reaction where complex proteins and sugars are broken down to form more simple compounds such as water, carbon dioxide, and methane:

The digester gas is collected, compressed, excess moisture is removed, and then further cleaned in a scrubber. The cleaned gas is sent to engines or fuel cells used for generating electricity and for heating the boiler jacket water (for steam or hot water). Many large sewage treatment facilities use digester biogas to run the facility, keeping their power use from the grid at a minimum.

Downloads related to this application