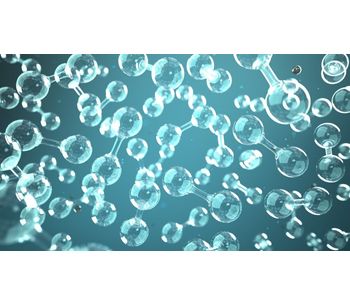 Electrolysis has been gaining momentum in recent times as an option for carbon-free hydrogen production from both nuclear and renewable sources. Electrolysis uses electricity to separate water into hydrogen and oxygen inside a unit called an electrolyzer. This article will outline the process of electrolysis, how it works, and its applications.

The process of electrolysis causes ionic substances to decompose into simpler substances. This process is achieved by passing an electrical current through ionic substances. As well as extracting gases such as hydrogen, it can also be used to extract and purify metals.

Electrolysis is carried out fairly simply, using water, a big electrolyzer, and large supplies of electricity. If this electricity comes from renewable sources such as wind and solar power, carbon emissions are very minimal.

Hydrogen is the most efficient energy carrier and can be obtained from a range of sources of raw materials such as water. Traditionally, generating and transporting hydrogen is labor-intensive and costly. Large facilities are used to create atmospheric condensation and then it must be transported by highly pressurized cryogenic tanks.

The interest in hydrogen fuel has been increasing over the years, due to its abundance and eco-friendly benefits. Distribution using LNG tankers is time-consuming and requires the use of specialized heavy-duty vehicles. Pumping the gas is also challenging because it has an extremely low weight.

Eco-friendly, high purity hydrogen can be obtained using water electrolysis, emitting only oxygen as byproducts and with no carbon emissions. The hydrogen and oxygen produced can then be used directly for industrial applications and fuel cells.

Replacing these traditional techniques with newly developed electrolysis stations that create hydrogen from water vapor would counteract some of these challenges. Hydrogen fuels could be produced at a local level, reducing costs and minimizing safety concerns. This would mean that hydrogen was a more economically viable alternative to combustion fuels that create carbon dioxide.

What are the Benefits of Electrolysis?

Unlike other forms of hydrogen production, electrolysis can produce hydrogen without any greenhouse gas emissions. Most gas used currently is brown or grey, brown being created through the gasification of coal or lignite or grey if made through steam methane.

Blue hydrogen is produced by steam methane reformation, however, the emissions are minimized using carbon capture and storage. This means only half the amount of carbon is produced.

Hiden Analytical produces a broad variety of instruments for intuitively dissolved species analysis and mass spectrometry instruments. These can be used in electrolysis studies, and Hiden’s solutions resolve the challenges that you likely face if you are involved in hydrogen generation. One of these issues is the plotting of mass spectrometry responses following key electrical factors.

Hiden supports the move to green hydrogen by their range of precision products to use in the electrolysis workflow. Hiden’s suite of software solutions can help you monitor changes in hydrogen evolution directly linked to particular electrical factors.

No comments were found for Producing Hydrogen via Electrolysis. Be the first to comment!