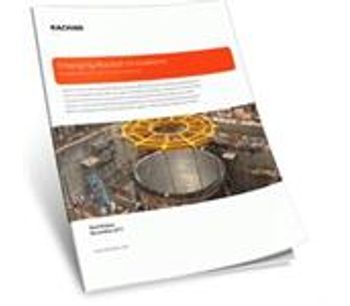 Japan’s close call notwithstanding, nuclear will remain an important baseload power source worldwide. And after decades of relative inactivity, companies in China, Europe and elsewhere are poised to reinvigorate the industry with innovations aimed at overcoming the historical objections to nuclear power as we know it today. Which companies are best positioned to open a new nuclear chapter, and why? Read this report by Kachan & Co.

Picking global winners in a race to reinvent nuclear energy

The world will not abandon nuclear energy because of the Fukushima Daiichi incident in Japan. Most worldwide nuclear authorities still project growth in nuclear power.

But the Japanese plant failures underscored the need for new, safer types of nuclear power that have been quietly in gestation for years. For instance, power plants that don’t rely on uranium, and/or that are much smaller in scale, or that don’t produce weaponizable byproducts. Or that are capable of consuming today’s vast stores of plutonium waste. Or that are based on reactions that can’t possibly melt down or explode in the face of natural disasters or terrorist attack.

Some dispute whether it`s a clean technology, but nuclear power will need to remain part of the energy mix. Which types of nuclear technologies will be scaled up in the future? The ones the world has come to know and fear? Or promising new breakthroughs like those detailed in this report, which could reshape the face of energy on the planet?

This report equips the reader to better understand the potential market impact of new forthcoming nuclear innovations, identifies technologies and companies expected to win and lose, and makes recommendations for how to best profit from this emerging sector.

Methodology
Kachan & Co. conducted 30 interviews with leading vendors, consulting scientists, associations, government bodies and others, and synthesized secondary research for this report over a six month period. One company`s facilities were toured by Kachan. Research uncovered many details about nuclear innovators` technologies, and their latest research and funding statuses, not available anywhere else.

No comments were found for Emerging Nuclear Innovations. Be the first to comment!