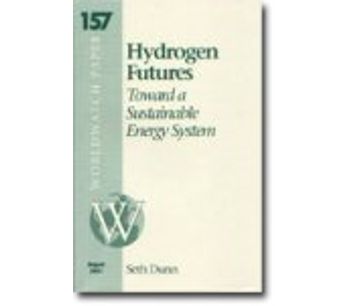 Fueled by concerns about urban air pollution, energy security, and climate change, the notion of a “hydrogen economy” is moving beyond the realm of scientists and engineers and into the lexicon of political and business leaders. Interest in hydrogen, the simplest and most abundant element in the universe, is also rising due to technical advances in fuel cells – the potential successors to batteries in portable electronics, power plants, and the internal combustion engine.

But where will the hydrogen come from? Government and industry, keeping one foot in the hydrocarbon economy, are pursuing an incremental route, using gasoline or methanol as the source of the hydrogen, with the fuel reformed on board vehicles. A cleaner path, deriving hydrogen from natural gas and renewable energy and using the fuel directly on board vehicles, has received significantly less support, in part because the cost of building a hydrogen infrastructure is widely viewed as prohibitively high. Yet a number of recent studies suggest that moving to the direct use of hydrogen may be much cleaner and far less expensive.

Just as government played a catalytic role in the creation of the Internet, government will have an essential part in building a hydrogen economy. Research and development, incentives and regulations, and partnerships with industry have sparked isolated initiatives. But stronger public policies and educational efforts are needed to accelerate the process. Choices made today will likely determine which countries and companies seize the enormous political power and economic prizes associated with the hydrogen age now dawning.

No comments were found for Hydrogen Futures: Toward a Sustainable Energy System. Be the first to comment!