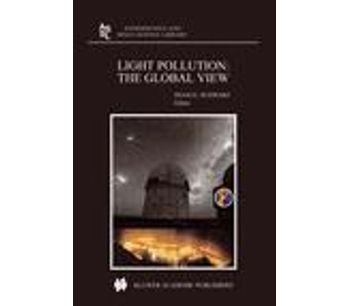 0
Share Share with Facebook Share with Tweeter Share with LinkedIn
Jan. 1, 1900
It is only since recent years that the importance of the effects of outdoor lighting on the night-time environment and on the physical and mental health of humans is recognized on a wider scale. The related issue of light pollution is a particularly complex one, with potential conflicts of interest between the utilities, environmentalists, astronomers, the lighting industry and various government departments. Energy politics are always a sensitive issue, and light pollution is no exception to this rule. The effects of light pollution on flora, fauna -including humans and their widely varying night-time activities- are often subtle and need extensive field studies to be quantified in a sensible manner. The present conference, initiated by Commission 50 of the International Astronomical Union, is an attempt to bring together the astronomical community, the lighting industry, end-users, the utilities, and public authorities for a discussion and an exchange of ideas and information that will create goodwill among these groups and will thus contribute to making the global efforts to reduce pollution more efficient and effective. Radio frequency pollution was also discussed in the context of radio astronomy and its efforts to create radio-quiet zones in collaboration with the government authorities that allocate frequency bands to the various users -mainly the telecommunications industry- and to protect the major planned and present radio observatories of the world. The 3-day conference was attended by more than 130 representatives from 12 countries of all the above-mentioned groups, and a wide range of topics was discussed. Some of the highlights were: The presentation of the 1st world atlas of artificial night sky brightness (Cinzano et al.); the article by the International Darksky Association on their world-wide efforts to curb light pollution (Alvarez del Castillo et al.); the laws controlling light pollution implemented in Spain (Diaz et al.) and Chile (Sanhueza...

No comments were found for Light Pollution: The Global View. Be the first to comment!