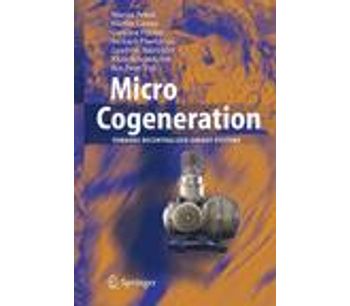 0
Share Share with Facebook Share with Tweeter Share with LinkedIn
Jan. 1, 1900
The introduction of micro CHP – the simultaneous production of heat and power in an individual building based on small energy conversion units such as Stirling and reciprocating engines or fuel cells – is of increasing political and public interest. A large-scale introduction of micro CHP would radically change the electricity system and turn consumers into power producers. At the same time, micro CHP could, if supported by favourable economic and policy conditions, represent a considerable market segment, promoting downstream innovations such as 'virtual power plants', altered consumer awareness or new household energy management systems. The diverse consequences of a widespread introduction of micro CHP for the energy market, the customers, the environment and the economy require an interdisciplinary investigation into the real benefits and barriers of micro CHP. This book not only introduces micro CHP systems and technologies, but also presents the results of the first such investigation carried out by four German research bodies. As micro CHP is being developed worldwide, experts from the five most important micro CHP countries – Germany, Great Britain, the Netherlands, Japan, and the United States of America –report on the energy markets, the micro CHP hard- and software, and the respective peculiarities in these countries. This book is an indispensable source of information and analysis for decision makers in local and national authorities, energy companies, utilities, and associations, but also for lecturers and students who want to understand the principles and consequences of decentralized energy supply with Micro CHP systems.

No comments were found for Micro Cogeneration. Be the first to comment!