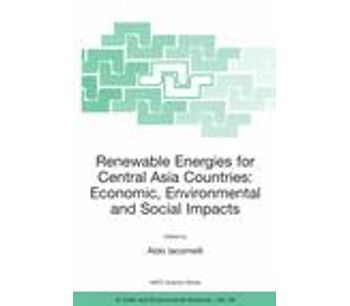 0
Share Share with Facebook Share with Tweeter Share with LinkedIn
Jan. 1, 1900
In the last few years, awareness and worries about the exhaustion of natural resources are increasing, but this fact is still very much discussed about its analytical measurement, and therefore not yet demonstrated. However, what has been demonstrated is that the 6 billion inhabitants of the Earth move every kind of goods and wares around the world at about 8 tons per capita, which means about 50 billion tons per year. This is the same amount as is moved yearly by natural forces, such as winds, eruptions, earthquakes, rain. Since the Kyoto Protocol entered into force on 16 February 2005 an investment on rational use of energy, savings and efficiency is the main premise supporting the development of new energy sources needed to meet the target of the KP and UNFCCC. If energy consumption decreases, renewable sources could cover a significant part of the demand of energy (in particular electricity), if consumption remains uselessly high because inefficient and less energy-consuming (acting also on final uses), renewable energy would become a reality, a feasible method even in these sectors. With investments being equal (today all in the sector of generation from fossil sources), if there were parallel researches on how to reduce consumption and wastes considerably (at least 35%) and on power plants from renewable sources, there would be also a reduction of gas emissions, without any negative influence on development. New technologies (and new 'energy products') will play a crucial role in the development of a market of 'sustainable energy products' that should grow in a competitive way (cost-effective) to stand against the challenge of change.

No comments were found for Renewable Energies for Central Asia Countries: Economic, Environmental and Social Impacts. Be the first to comment!