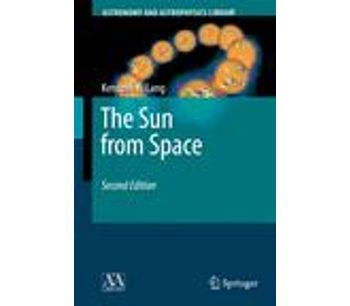 The Sun from Space

0
Share Share with Facebook Share with Tweeter Share with LinkedIn
Jan. 1, 1900
The first edition of The Sun From Space, completed in 1999, focused on the early accomplishments of three solar spacecraft, SOHO, Ulysses and Yohkoh, primarily during a minimum in the Sun's 11-year cycle of magnetic activity. This comprehensive Second Edition includes the main findings of these three spacecraft over an entire activity cycle, including two minima and a maximum, and discusses the significant results of six further solar missions. It contains the relevant discoveries of the past decade, integrated into chapters completely rewritten for the purposes of this book. This provides a fresh perspective on the major topics of solar enquiry, written in an enjoyable, easily understood text accessible to all readers, from the interested layperson to the student or professional. After describing the scientific objectives of the nine solar missions and a historical perspective on studies of the Sun and heliosphere, the author presents key advances in our understanding of the solar interior, the heating of the million-degree outer atmosphere of the Sun, known as the solar corona, the origin and nature of the solar winds, the cause, prediction and propagation of explosive solar flares and coronal mass ejections, and all aspects of space-weather interactions of the Sun with the Earth, with unprotected astronauts on the Moon or Mars, and with spacecraft in outer space. The author is known also for his famous books 'Astrophysical Formulae', 'Sun, Earth and Sky', and the prize-winning 'Wanderers in Space', he has succeeded once again in addressing a complex scientific topic in a very approachable way. Hence, this generously illustrated book, whilst primarily addressing students, will also be of interest to a broader readership covering all levels from the amateur to the expert.

No comments were found for The Sun from Space. Be the first to comment!