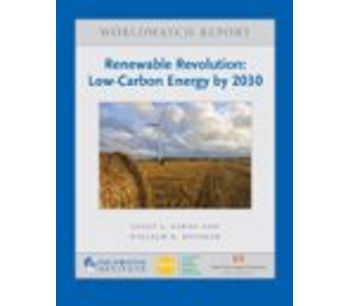 Humanity can prevent catastrophic climate change if we act now and adopt policies that reduce energy usage by unleashing the full potential of energy efficiency in concert with renewable energy resources. However, this goal is not likely to be achieved if our only measure of success is emissions reductions; climate change is fundamentally a development issue, not a pollution problem. As a result, target-setting has failed to achieve needed reductions in energy-related carbon dioxide (CO2) emissions to date.

What is needed is a transformation of the entire global energy system. No one benefits from the release of greenhouse gas emissions, but developed and developing nations alike will benefit in numerous ways from the transition to an energy-efficient and renewable world. A strong international agreement can accelerate this transition, while recognition of the potential that these resources offers can encourage governments to set aggressive targets for renewable energy and energy efficiency as well as emissions reductions. A combination of political will and the right policies can get the world on track to mitigate climate change in the near term while also meeting demand for energy services, providing energy access for the world’s poorest, boosting the global economy, bolstering energy security, and improving the natural environment and human health.

Between 1990 and 2007, world gross domestic product increased 156 percent while global energy demand rose 39 percent, pushing up global CO2 emissions by 38 percent. Were it not for advances in energy efficiency—gains achieved without aggressive policies—the increase in energy use and associated emissions would have been much greater. Even so, more than half of the energy that we consume does not provide us with useful services, and there is enormous potential for improvement in all sectors of the economy.

In 2007, renewable energy provided more than 18 percent of total final energy supply. Solar energy, wind power, and other renewable technologies have experienced double-digit annual growth rates for more than a decade. The renewable share of additional global power generation (excluding large hydropower) jumped from 5 percent in 2003 to 23 percent in 2008, and this ratio is significantly greater in many individual countries. Renewable technologies are already enabling Germany, Spain, Sweden, the United States, and several other countries to avoid CO2 emissions.

Global energy scenarios offer wide-ranging estimates of how much energy renewable sources can contribute, and how quickly this can happen. Many scenarios show a gradual shift to renewables that still envisions a major role for fossil fuels for most of this century. The current report, however, offers alternative hypothetical scenarios for 2030 that envision a transformation, or step-change, in how the world produces and uses energy that could lead to much more aggressive change.

Through major improvements in energy efficiency, combined with a rapid scale-up in renewable energy that relies primarily on technologies that are already commercially available today, we could be halfway to an all-renewable world within the next two decades. Such a transition is essential if we are to get on track to achieve emissions reductions that the Intergovernmental Panel on Climate Change (IPCC) says are required by 2050 to prevent runaway climate change.

Around the world, such evolutions are already under way. Güssing in Austria, Rizhao in China, the Danish island of Samsø, and several other communities—from small villages to larger cities—have begun or achieved energy transformations, using various combinations of innovations. Each community has taken its own path, but all have shared a major emphasis on improving energy efficiency in concert with a dramatic ramp-up in renewables.

For the world to avoid catastrophic climate change and an insecure economic future, this transition must be accelerated, with success stories scaled up and strategies shared across national boundaries. Shifting to a sustainable energy system based on efficiency and renewable energy will require replacing a complex, entrenched energy system. It will also require a large dose of political will and strong, sustained policies.

Policy choices have been critical—far more important than renewable resource potential—in driving the energy transformations seen to date. Moving forward, three strategies must be used concurrently, and in concert, to achieve this goal:

The transition to a highly efficient economy that utilizes renewable energy is essential for developed and developing countries alike. This is the only way that degradation of Earth’s climate system can be halted, and the only real option for raising billions of people out of poverty. The current reliance on fossil fuels is not supportable by poor developing countries, and increasing demand for fossil fuels is creating dangerous competition for remaining available resources of oil and gas. The challenge is to devise a transition strategy that improves the lives of all citizens by providing them with essential energy services that do not disrupt the climate system, degrade the environment, or create conflict over resources.

No comments were found for Worldwatch Report: Renewable Revolution: Low-Carbon Energy by 2030. Be the first to comment!