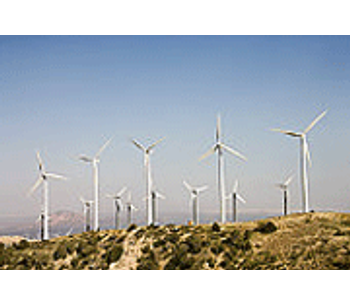 The Asian Development Bank (ADB) will partly finance a $73 million wind farm in the Inner Mongolia Autonomous Region to support the People's Republic of China's (PRC) efforts to cut greenhouse gas emissions and to promote private
investment in renewable energy.

With its economy still growing strongly, the PRC has become the second-largest power consumer in the world, after the United States. A heavy reliance on coal to produce that power means the PRC now accounts for a significant share of global greenhouse gas emissions. The PRC government has identified wind power as a commercially viable clean energy
alternative to fossil fuels. In a nation with abundant wind resources, it's estimated that if the industry were fully developed, it could produce about 1,000 gigawatts (GW), more than 1.5 times the country’s current electricity generation capacity.

'The lack of finance on reasonable terms has held back the development of clean energy projects in the PRC. This project could become a model for future collaborations between stateowned enterprises and foreign investors in renewable energy projects, and may encourage the PRC's private sector to invest in wind power projects,' said Hisaka Kimura, Investment Specialist with ADB’s Private Sector Operations Department.

Masayuki Nitta, General Manager, Environment Business Department at Sumitomo Corporation, said, 'This project with ADB will be our first important step for our company to enhance our investment in renewable energy projects in Asia .'

In 2008, the PRC generated 12 GW from wind power. The government aims to boost that to 100 GW per year by 2020. The Chifeng project will produce about 133 gigawatt-hours (GWh) a year. It should also generate carbon credits under the Kyoto Protocol's Clean Development Mechanism that allows buyers in industrialized countries with greenhouse gas reduction commitments to purchase carbon credits from developing countries, such as PRC, to meet those commitments.

ADB, based in Manila, is dedicated to reducing poverty in the Asia and Pacific region through inclusive economic growth, environmentally sustainable growth, and regional integration. Established in 1966, it is owned by 67 members – 48 from the region. In 2008, it approved $10.5 billion of loans, $811.4 million of grant projects, and technical assistance amounting to $274.5 million.

No comments were found for ADB finances wind farms to help cut PRC greenhouse gas emissions. Be the first to comment!