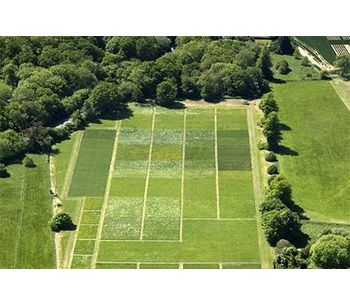 Rothamsted Research is the longest-running agricultural research institute in the world, with a history dating back to the middle of the 19th century.

Sir John Bennet Lawes, an archetypal Victorian scientist, entrepreneur and benefactor, became interested in agricultural science after leaving Oxford University. On assuming responsibility for the family estate at Rothamsted (Harpenden, Hertfordshire, UK), Lawes started several small-scale experiments involving inorganic fertilizers applied to plants – and his discoveries led to him taking out a patent for the manufacture of superphosphate fertilizer.

In 1843 Lawes recognised that his experiments should be conducted in a systematic and comprehensive manner and appointed an eminent chemist Dr. Joseph Henry Gilbert to help manage them, a move which effectively marked the founding of the Rothamsted Experimental Station (now Rothamsted Research).

Delta-T Devices has a long running and proud connection to Rothamsted Research – having supplied sensors and data loggers for many of its important scientific projects.

Remarkably, seven of the experiments continue – making them the oldest continuously-running field experiments in the world. These, and others established since the 19th Century, are known collectively as the Long-Term Experiments (LTEs).

Despite the record-breaking longevity and incredible heritage of the long-term experiments, they have continually evolved to remain relevant to contemporary farming practices without losing their long-term integrity. On some of the experiments the original large plots have been sub-divided to introduce new treatments or managements, ensuring that they produce data and findings pertinent to modern agriculture.

Today, the LTEs are supported by strategic funding from the Biotechnology and Biological Sciences Research Council (BBSRC) as a National Capability, together with support from the Lawes Agricultural Trust.

The Park Grass Experiment was established in 1856 to study the effects of different types and amounts of mineral fertilizers and organic manures on the yield, botanical composition and quality of a mixed sward cut for hay. (Figure 1).