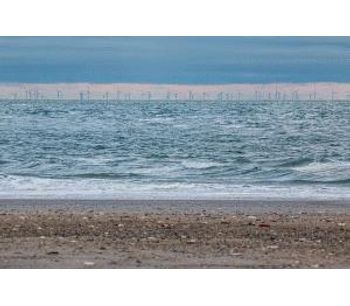 Secretary of Energy Jennifer M. Granholm (March 29) joined the Secretaries of the Interior and Commerce at a White House roundtable meeting to announce a national goal to deploy 30 gigawatts of offshore wind by 2030. This effort is expected to support approximately 77,000 jobs in industry and surrounding communities, generate electricity to power over 10 million American homes, and cut 78 million metric tons of carbon dioxide emissions. This new goal, with additional Department of Energy investments announced this week, builds on President Biden's Executive Order to address the climate crisis and create jobs by accelerating the deployment of renewable energy on public lands and waters, including through swift interagency action to advance offshore wind.

'This offshore wind goal is proof of our commitment to using American ingenuity and might to invest in our nation, advance our own energy security, and combat the climate crisis,' said Secretary Granholm. 'DOE is going to marshal every resource we have to get as many American companies, using as many sheets of American steel, employing as many American workers as possible in offshore wind energy to drive economic growth from coast to coast.'

To reach this new goal, DOE's Loan Programs Office (LPO) released a fact sheet to facilitate access for up to $3 billion in funding through LPO's Title 17 Innovative Energy Loan Guarantee Program. LPO is open for business and ready to partner with offshore wind and offshore transmission developers, suppliers, and other financing partners to scale the U.S. offshore industry and support good-paying jobs.

DOE established the National Offshore Wind R&D Consortium in 2018 to address research priorities for offshore wind as defined in the National Offshore Wind Strategy, which was developed jointly by DOE and Department of the Interior (DOI). DOE selected the New York State Energy Research and Development Authority (NYSERDA) to administer the consortium, with DOE and NYSERDA each providing $20.5 million to fund research projects that lower the costs of U.S. offshore wind. State agencies in Maine, Maryland, Massachusetts, and Virginia have since joined the consortium, resulting in a total investment of around $47 million.

The full list of projects and the technical challenge areas they aim to address can be found on the Wind Energy Technologies Office website.

DOE and the Department of Commerce jointly announced a new partnership through the Northeast Sea Grant program that will fund $1.25 million in research into the impacts of ocean-based renewable energy such as offshore wind, wave, current, and tidal energy on the fishing industry and Northeastern coastal communities.

As part of this venture, DOE's Wind Energy Technologies Office and Water Power Technologies Office, NOAA's Northeast Fisheries Science Center, and the Northeast Sea Grant Consortium will collectively tap into local expertise to better understand how to align ocean renewable energy deployment and technology development with community values. The program has released a co-funded Request for Proposals for social science and technology research that explores the impacts ocean renewable energy will have on community resilience and economies. Higher education institutions in Connecticut, Maine, Massachusetts, New Hampshire, New York, and Rhode Island are eligible to apply.