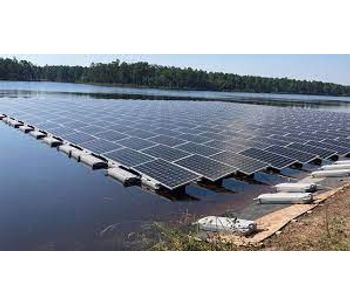 The Southeast’s largest floating solar plant will be producing power soon at the U.S. Army’s Fort Bragg in North Carolina after a major utility energy service contract with Duke Energy and its prime contractor Ameresco.

The 1.1-megawatt solar facility is part of a $36 million contract that focused on energy resilience and security at Fort Bragg, including infrastructure modernization, lighting and water upgrades, heating, ventilation and air-conditioning, and boiler system improvements.

The floating solar system was built on the Big Muddy Lake located at Camp Mackall. Fort Bragg will own and operate the solar system.

“We are grateful for our relationship with Duke Energy and Ameresco,” said Col. Scott Pence, garrison commander for Fort Bragg. “With this system, the largest floating solar array in the Southeast, we will be able to provide energy resiliency to Fort Bragg operations through sustainable resources. With this partnership, Fort Bragg not only has renewable electricity, but energy security that will be critical with continuing the installation’s mission during a power outage.”

“The opportunity to implement this innovative use of clean energy technology for a military base as notable as Fort Bragg was one that our Federal Solutions team was thrilled to lead on,” said Nicole Bulgarino, Ameresco executive vice president and general manager of Federal Solutions. “The completed floating solar system – still an underutilized technology in the U.S. – will assure the Army’s mission with clean energy. We look forward to continuing our relationship with Duke Energy and Fort Bragg, working to identify additional state-of-the-art opportunities to reduce the installation’s energy consumption and strengthen its resilience.”

The floating solar installation is being paired with a 2-MW battery energy storage system. The system will supply power to Fort Bragg from the local grid and provide power during electric service outages.

“This project fulfills the commitment made in our Army Climate Strategy to increase resilience while delivering clean energy and reducing greenhouse gas emissions,” said the Honorable Rachel Jacobson, assistant secretary of the Army for installations, energy and environment. “When we collaborate with local utilities and industry to promote energy resilience while powering the local grid, it is a winning solution across the board.”

Floating solar is expected to grow quickly over the next decade. Currently, only 2% of new solar installations are on water. But the nation has more than 24,000 human-made bodies of water that could be useful for floating solar development. (View and download video and photos).

North Carolina and Duke Energy are leaders in solar energy. The state is fourth in the nation for overall solar power capacity. Duke Energy owns and operates more than 40 solar facilities in North Carolina – one of which is a 13-MW facility at the Marine Corps Base Camp Lejeune in Onslow County.

About Fort Bragg
Fort Bragg has the largest population of any U.S. military installation, with more than 270,000 people working and living within its boundaries. Among the many essential organizations at Fort Bragg, the installation is the home headquarters for U.S. Army Forces Command and U.S. Army Special Operations Command.

The installation is also home to the Joint Special Operations Command, the Army’s XVIII Airborne Corps, and the headquarters of U.S. Army Reserve Command.

Womack Army Medical Center is a 1.1 million-square-foot, 117-bed hospital located on the installation serving more than 200,000 eligible beneficiaries in an eight-county area.

There are two airfields located within the confines of the installation: Pope Army Airfield and Simmons Army Airfield. Fort Bragg is the premier projection platform with one of the most strategic airfields within the Department of Defense that supports the Immediate Response Force, the National Mission Force and other locally assigned units. The U.S. Army and U.S. Air Force can deploy worldwide within 18 hours of notification from Pope Army Airfield.

Duke Energy is executing an aggressive clean energy strategy to create a smarter energy future for its customers and communities. The company has goals of at least a 50% carbon reduction from electric generation and net-zero methane emissions from its natural gas business by 2030, and net-zero emissions by 2050 from its electric and natural gas businesses, including Scopes 1, 2 and certain Scope 3 emissions. The company also is investing in major electric grid upgrades and expanded battery storage and exploring zero-emitting power generation technologies such as hydrogen and advanced nuclear.

The announcement of completing construction on a project contract is not necessarily indicative of the timing or amount of revenue from such contract, of Ameresco’s overall revenue for any particular period or of trends in Ameresco’s overall project backlog. This project was included in Ameresco’s previously reported contracted backlog as of March 31, 2022.

No comments were found for Largest floating solar power plant in the Southeast at Fort Bragg. Be the first to comment!