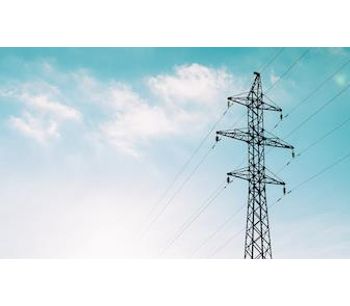 This announcement will help reduce the City's reliance on fossil fuels, lower carbon emissions and significantly improve air quality and public health in disadvantaged communities while accelerating progress to exceed New York's goal for 70 percent of the state's electricity to come from renewable sources by 2030 on the path to a zero-emission grid as outlined in the Climate Leadership and Community Protection Act (Climate Act).

'New York's communities are repeatedly facing serious consequences as a result of the devastation caused by the global climate crisis, and the stakes have never been higher as we deal with the economic and environmental destruction these extreme weather events leave behind,' Governor Hochul said. 'These transformative projects are a win-win delivering thousands of new good-paying jobs throughout the state and attracting billions of dollars in private investment. They also help us turn the page on New York City's long-standing dependence on fossil fuels and will ensure millions of New Yorkers, especially those living in our most vulnerable communities, can have the promise of cleaner air and a healthier future.'

The recent announcement is bolstered by New York City's confirmation they will join in these landmark awards. This makes the scale of these awards possible while creating the opportunity for billions of dollars in savings for customers in New York City and statewide.

'This is a transformative moment for New York City's fight against climate change,' said New York City Mayor Bill de Blasio. 'Two new transmission lines connecting New York City to electricity from water, the wind, and solar will create thousands of good union jobs, improve the resilience and reliability of our power supply, and dramatically reduce our reliance on oil and gas electricity that dirties the air in our neighborhoods and endangers our planet. Thank you to Governor Hochul and NYSERDA for their partnership, and we look forward to working closely together to join in this landmark award and fulfill our commitment to power New York City government operations with 100% clean and renewable electricity by 2025.'

NYSERDA President and CEO Doreen M. Harris said, 'Investing now in these major renewable energy infrastructure projects will bolster the state's economic recovery at a time when New Yorkers truly need it and will accelerate our progress in providing clean, resilient, renewable energy to some of the state's most densely-polluted and underserved communities. Under Governor Hochul's leadership, New York is using every tool at its disposal, including this impactful large-scale renewables and infrastructure program, to accelerate our progress towards the State's nation-leading climate and clean energy goals while harnessing the power of the wind, sun and water to spur private investment, economic development and job creation across the state.'

The projects were selected for contract negotiation as part of the New York State Energy Research Development and Authority's (NYSERDA) Tier 4 renewable energy solicitation issued in January. Once finalized, NYSERDA will submit the negotiated contracts for these awarded projects to New York's Public Service Commission for consideration and approval. If the Tier 4 contract is approved, NYSERDA payments under this award will not commence for each respective project until the project has obtained all required permits and local approvals, is constructed and delivers power to New York City, which is expected to begin in 2025 for CHPE and 2027 for CPNY.

Advancing the state's efforts to create a more reliable and resilient electric grid, these projects will also help to create a modern transmission system capable of delivering this additional pipeline of renewable electricity to high-demand areas in downstate New York. CPNY's 174-mile transmission line will run from the Fraser Substation in Delaware County to the Rainey Substation in Queens, utilizing a buried cable using existing rights-of-way, which will mitigate potential local community impacts, avoid sensitive habitats along the Hudson River, and be more resilient than above-ground alternatives in the face of severe weather and security threats. CHPE is a permitted 339-mile buried cable, both underground and underwater, transmission line that runs from Hydro-Quebec's wind and hydropower resources in the Province of Quebec to the Astoria Energy Center in Queens and has adopted best management practices to avoid, minimize and mitigate environmental damages, including impacts on sensitive species and habitats.

The State will continue to emphasize and enhance engagement with the communities where the project is being developed. NYSERDA offers resources and no-cost technical assistance to help local governments understand how to manage responsible clean energy development in their communities, including step-by-step instructions and tools to guide the implementation of clean energy, including permitting processes, property taxes, siting, zoning, and more.

If approved, the CPNY and CHPE projects will add to New York's existing robust pipeline of large-scale renewable energy, comprised of nearly 100 solar, land-based wind and offshore wind projects totaling 11,000 megawatts of clean power enough to power over five New York million homes when completed. The State's commitment to building out new green energy transmission, led by 250 miles of new major upgrades already underway throughout the state and reinforced by this award will allow the current pipeline of renewables to power nearly 60 percent of New York's electricity from renewable energy once operational.

New York State's nation-leading climate agenda is the most aggressive climate and clean energy initiative in the nation, calling for an orderly and just transition to clean energy that creates jobs and continues fostering a green economy as New York State recovers from the COVID-19 pandemic. Enshrined into law through the Climate Leadership and Community Protection Act, New York is on a path to achieve its mandated goal of a zero-emission electricity sector by 2040, including 70 percent renewable energy generation by 2030, and to reach economy wide carbon neutrality. It builds on New York's unprecedented investments to ramp-up clean energy including over $21 billion in 91 large-scale renewable projects across the state, $6.8 billion to reduce buildings emissions, $1.8 billion to scale up solar, more than $1 billion for clean transportation initiatives, and over $1.2 billion in NY Green Bank commitments. Combined, these investments are supporting more than 150,000 jobs in New York's clean energy sector in 2019, a 2,100 percent growth in the distributed solar sector since 2011 and a commitment to develop 9,000 megawatts of offshore wind by 2035. Under the Climate Act, New York will build on this progress and reduce greenhouse gas emissions by 85 percent from 1990 levels by 2050, while ensuring that at least 35 percent with a goal of 40 percent of the benefits of clean energy investments are directed to disadvantaged communities, and advance progress towards the state's 2025 energy efficiency target of reducing on-site energy consumption by 185 trillion BTUs of end-use energy savings.

No comments were found for Major Green Energy Infrastructure Projects Announced to Power New York City. Be the first to comment!