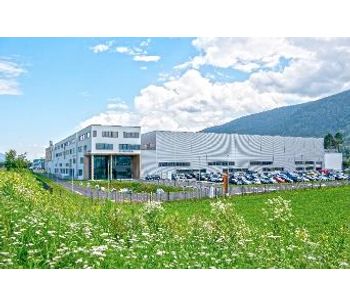 Spittal/Drau (Austria), July 2022. Mission accomplished. Only one year after the topping-out ceremony, the move into the new offices and the modern, 14,000 m2 production area was completed in July this year. The high global demand for Lindner’s quality pr

Recycling has been experiencing a strong upswing for many years – worldwide. From the very beginning Lindner Recyclingtech has been considered a pioneer, which is why shredding solutions from Spittal in Austrian Carinthia have been used internationally for decades and are considered a benchmark in many areas. A growing awareness of energy costs, the scarcity of resources and raw materials have increasingly highlighted the importance of the circular economy. In 2019, due to the associated higher demand for efficient recycling solutions and Lindner's endeavour to support its customers in the transformation of end-of-life materials into recyclables, the decision was made to build a new factory – the new home of recycling.

Even at the initial planning stage it was clear that the new office building and production facility had to be comprehensively and sustainably built in line with future requirements. In terms of production, the focus was on the further expansion of automation and robotics, the associated quality assurance, process optimisation in assembly and on extending the company's own manufacturing capabilities. ‘The crisis has further reassured us that this is the right path. The disrupted supply chains have also shown how important it is for us to manufacture as many components as possible in our own production. Only by investing in our own manufacturing capabilities, robotics, automation and flow production we can ensure the quality of our products and reliable delivery times in the future,’ says Manuel Lindner, CEO and owner, with conviction.

‘We want our new headquarters to be perfectly equipped for future requirements and be well-positioned to maintain high quality standards and meet the increasing demand for our machines. The production area in the new plant has doubled, which means that we are ideally equipped to cope with the increasing capacities,’ says Michael Lackner, Managing Director at Lindner. ‘But it is just as important to us that we offer our employees a modern workplace. By using automation and robotics, we can make work more comfortable. Heavy physical work, such as mounting machines, is no longer necessary. Instead, the task is focused on the proper operation of the robots. We are also significantly expanding our team, which means that we are currently taking on 100 new employees.’

The new production area is not the only highlight; the three-storey office complex also impresses with its modern construction and facilities. All in all, a great deal of importance was attached to the use of environmentally friendly building materials and sustainability when building the new home of recycling. That’s why a photovoltaic system supplies the entire company with clean electricity from renewable sources. In keeping with the idea of an energy self-sufficient site, heating and cooling is also provided by groundwater and heat pumps. Laminated timber from the region, a renewable raw material, was used in the construction of the hall itself. And in the design of the employee car park, it was important to seal as little ground as possible, which is why special recycled plastic turf bricks made by a Lindner customer were used for the paving. Employees will get their own company canteen this autumn, which will take over the catering on site in line with employees’ shifts.

The new home of recycling

The high demand for recycling solutions from Lindner has made it necessary to expand the production facility, as well as the team. The office wing in the foreground has a footprint of more than 6,000 m2, the state-of-the-art production area covers 14,000 m2. The expansion creates 100 new jobs.

Michael Lackner (left) and Manuel Lindner (right), the management, are delighted with the new modern building and the successful move to the new home of recycling.

The new plant provides more extensive automation and robotics, equipping the production facility for all future needs. Besides quality assurance, jobs are sustainably improved and secured.

No comments were found for Recycling Specialist Lindner’s New Plant Delivers on Automation, Robotics, Flow Manufacturing and Increased Depth of Production. Be the first to comment!