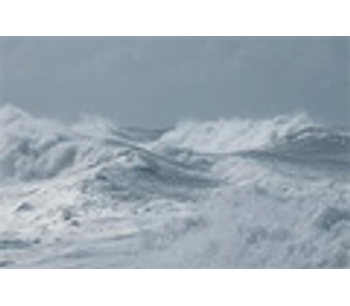 ScottishPower Renewables confirmed they are evaluating three separate coastal sites for the development of the world’s largest tidal stream projects. This historic milestone has been made possible by the successful trial of the world’s most advanced tidal turbine - Lànstrøm. Two of the sites are being planned in Scotland, in the Pentland Firth and the Sound of Islay, with the third off the North Antrim coast in Northern Ireland. ScottishPower Renewables expects planning applications to be submitted to the Scottish Government and Northern Irish Assembly in summer 2009.

Each site is being evaluated for with a view of installing between 5 and 20 tidal turbines. With each turbine having an installed capacity of IMW, this could lead to a combined output of 60MW – enough green energy for over 40,000 homes. Following planning approval, the projects could be operational by 2011.

All three projects are expected to deploy the Lànstrøm tidal turbine developed by Hammerfest Strøm AS, a company jointly owned by ScottishPower Renewables, StatoilHydro and Hammerfest Energi. The device’s name reflects the Norwegian and Scottish collaboration - being a combination of the Gaelic ‘làn’ meaning ‘full’ and the Norwegian ‘strøm’ meaning ‘tide’.

“This is a historic day for the development of marine energy. The rapid technological advancement of tidal power has enabled us to progress plans for this substantial project which has the real potential to deliver significant environmental and economic benefits.

“Tidal power is completely renewable, being driven by the gravity of the sun and moon, with no carbon dioxide emissions, whilst being entirely predictable in nature. Scotland has the best tidal resources in Europe with the Pentland Firth alone containing enough tidal energy to meet a third of Scotland’s power requirements.

“Following significant research and development in Scotland during the 70’s and 80’s, the opportunity associated with the manufacturing of on-shore wind turbines was not realised. Tidal power now provides Scotland with another chance to become the global leader in a new renewable energy industry.

“These rapid advances have only been achieved with the support and encouragement of the Scottish Government – including its progressive system of strong financial support for tidal and wave projects”.

“Scotland has massive potential to meet our energy needs several times over from a wide range of renewables, from wind through biomass, hydro power and the massive potential of the sea. This, added to our advantages in clean coal, gas and carbon capture makes for an exciting energy future for Scotland.

“Today, the focus is on the opportunities to be found beyond our shoreline. Caithness, and the waters churning off the nearby coast from the Pentland Firth to the islands of Orkney, stand as a powerful symbol of that renewable energy potential. Scotland has a marine energy resource which is unrivalled in Europe - we have an estimated 25% of Europe's tidal resource and 10% of its wave potential.

“That is why today's announcement from ScottishPower that they are to establish a new tidal energy company in Scotland is so significant. Hammerfest UK, has been established in Scotland with a view to maximising manufacturing and export opportunities here.

“Two of the sites being considered are in the Pentland Firth and while any applications will of course be considered carefully on their merits, this is a very exciting development and underlines the momentum that is beginning to build within the marine renewables sector.”

The Lànstrøm is the most advanced tidal turbine in the world following an extensive and successful 4 year testing regime in Norway. The device will now complete final testing in Scottish conditions, ahead of full deployment of the technology at the tidal farms from 2011.

ScottishPower Renewables has invested in excess of £1m in Hammerfest AS and is represented on the company’s board. A new subsidiary company, Hammerfest Strøm UK, has been established in order to maximise the opportunity of manufacturing these todal devices in Scotland. This company owns global rights to manufacture and export the new tidal turbine thus creating substantial export opportunities for Scotland.

“The development of our tidal turbine technology is based on modern sub sea technology used in the Barents Sea, combined with well known hydro power technology.

“Together with our Scottish partner, ScottishPower Renewables, we are now ready to take the technology to commercialisation and we want as much of this as possible to be in Scotland.  Scotland is blessed with the best tidal stream resources in Europe but also benefits from the support of the Scottish Government who have identified the tremendous industrial possibilities in the coming tidal power industry. The Scottish Government also works with the industry to develop sufficient incentives both to maximise job creation possibilities and to meet the targets for renewable energy production.

“Hammerfest Strøm is looking forward to cooperating with our Scottish partners to achieve these goals.

No comments were found for ScottishPower Renewables announce world`s largest tidal stream projects. Be the first to comment!