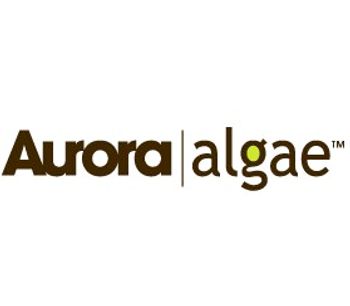 Algae biomass, a next-generation biofuel feedstock, has many advantages over traditional biofuel crops.

Utilizing algae for biofuel production is not a novel idea, having been first mentioned over 50 years ago. The U.S. Department of Energy explored this concept through the Aquatic Species Program (ASP) from the late 1970s until 1996. When the program ended, oil was ~$20/barrel, making renewable energy generally, and algae-derived fuels in particular, uneconomic. The ASP concluded that producing biofuels from microalgae was feasible; however technology at that time did not allow for economic viability.

Seizing upon the ASP results and the economic changes that have occurred since 1996, Aurora BioFuels has developed both the plan and the capabilities to bring algae-derived biofuels to fruition.

We believe algae is the most promising source of feedstock for the production of biodiesel.

Algae fuel or algal biofuel is an alternative to liquid fossil fuels that uses algae as its source of energy-rich oils. Several companies and government agencies are funding efforts to reduce capital and operating costs and make algae fuel production commercially viable. Like fossil fuel, algae fuel releases CO2 when burnt, but unlike fossil fuel, algae fuel and other biofuels only release CO2 recently removed from the atmosphere via photosynthesis as the algae or plant grew. The energy crisis and the world food crisis that have ignited interest in algaculture (farming algae) for making biodiesel and other biofuels using land unsuitable for agriculture. Among algal fuels’ attractive characteristics are that they can be grown with minimal impact on fresh water resources, can be produced using saline and wastewater, have a high flash point, and are biodegradable and relatively harmless to the environment if spilled. Algae cost more per unit mass than other second-generation biofuel crops due to high capital and operating costs, but are claimed to yield between 10 and 100 times more fuel per unit area.

No reviews were found for Algae - Biofuel. Be the first to review!