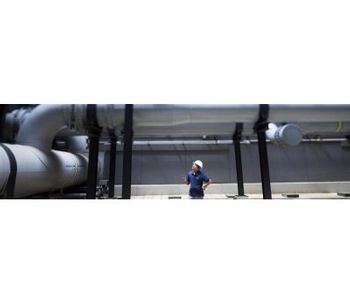 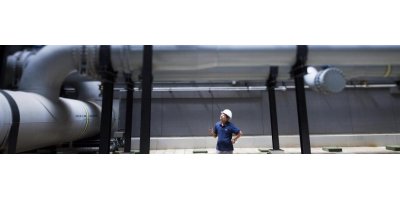 Heating and Cooling Networks to Improve Our Cities

As the global leader in heating and cooling networks, Veolia has unique expertise in their design, construction, operation and maintenance, in addition to extensive know-how in innovative technologies, managing energy supplies—with a focus on renewables—and providing services to end users.

Leveraging performance in the urban environment

Leveraging performance in the urban environment

Urban networks save energy and preserve the environment in many ways. They replace thousands of individual heating systems with a modern, reliable industrial system, and they increasingly make use of renewable energy (biomass) and recovered energy (waste, industrial gaseous effluent, etc.). They can also be associated with combined heat and power, or cogeneration plants, which are much more efficient than conventional methods.

Urban networks reduce cities' carbon footprint and their dependence on fossil fuels. That is why the EU is promoting their development as a way of meeting its energy saving and CO2 reduction targets. In Europe, Asia, the United States and Russia, more and more cities are upgrading and extending their existing networks and building new ones. In the Middle East, cooling networks are vital to the development of today's cities.

The hundreds of municipalities worldwide that put their trust in Veolia rely on its expertise in diverse forms of energy – including coal, gas, biomass and geothermal – to develop efficient energy mixes. They appreciate Veolia's technical expertise and rely on the quality of its relationship with end users. They also benefit from its unequivocal commitment to the quality, availability and cost of energy supplied. This expertise makes Veolia a valuable partner for cities in the fight against fuel poverty as well as in broader aspects of urban planning. Veolia is a key player in urban networks in Europe, China, North America and the Middle East. In 2011, in Poland – where it operates in more than 40 cities – Warsaw sold Veolia its heating network, which serves 80% of the population and, at 1,700 kilometers, is the biggest in the European Union. Veolia is also building Abu Dhabi's cooling network and managing the networks of some 15 US cities, including Boston, Philadelphia and Baltimore.

No reviews were found for Heating and Cooling Networks to Improve Our Cities. Be the first to review!