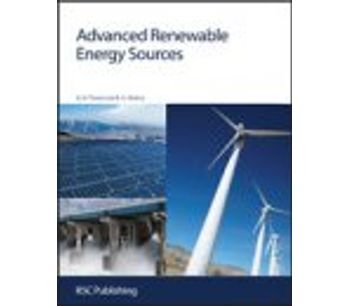 This book is an ideal reference text for teaching renewable energy to engineering and science students, as well as a reference book for scientists and professionals doing self study on the subject. The book has twelve chapters and starts with the definition and classification of renewable and non renewable energy and their status at global level. This chapter also contains the basic heat transfer mechanisms and laws of thermodynamics. It then deals with availability of solar radiation at different latitudes and energy and exergy analysis of flat plate collector, solar air collector, solar concentrator, evacuated tube collector, solar water heating system, solar distillation and solar cooker.

The following chapter discusses the basics of semiconductor, its characteristics, working, characteristics of solar cell in dark and daylight situation, fundamentals of characteristic curves of semiconductor, fundamentals of PV module and array and some PVT systems. Detailed discussion on biomass, bio-fuels and biogas and their applications and the power produced by them, namely bio-power, is covered in the following chapters. Other renewable energy sources like hydropower, wind and geothermal are then covered as well as a chapter dealing with the working principle, basic theory and the capability to produce power from ocean thermal, tidal, wave and animal energy conversion systems. Subsequently, net CO2 mitigation, carbon credit, climate change and environmental impacts of all renewable energy resources are all covered followed by a discussion on the techno-economic feasibility of any energy sources as the backbone of its success and hence energy and economic analysis. The chapters deal the overall exergy of renewable energy sources by using the thermal and mechanical power and electrical energy as output. SI units are used throughout the book in solving various exercises in each chapter and conversion units of various physical and chemical parameters of metals and non-metals are also given in appendices.

No comments were found for Advanced Renewable Energy Sources. Be the first to comment!