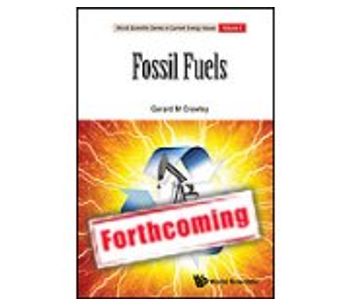 Concerns over energy resources and the environmental impact of energy use will continue to be part of the polical agenda across the globe. World Scientific's unique series of books onCurrent Energy Issuesis intended, in part, as an expansion and update of the material contained in theWorld Scientific Handbook of Energybut in part each volume will focus on related energy resources or issues that contain a broader range of topics plus more explanatory text than was possible in theHandbook. The authors will also take the opportunity to update the data presented in the Handbook since in many cases the field is rapidly changing.

TheFossil Fuelsvolume focuses on the main fossil resources, viz. coal, oil and natural gas. Coal is still an extremely important resource especially for electricity production around the world and the book discussed methods for making coal a cleaner resource, including carbon sequestration. There has been a rapid change in the mix of fossil fuels mainly because of hydraulic fracturing which enables oil and gas to be extracted from previously inaccessible formations. The book describes this changing situation including the precautions required to make the production of these fuels safe and environmentally benign. Alternative fossil fuels such as methane hydrates are also discussed.

No comments were found for Fossil Fuels. Be the first to comment!