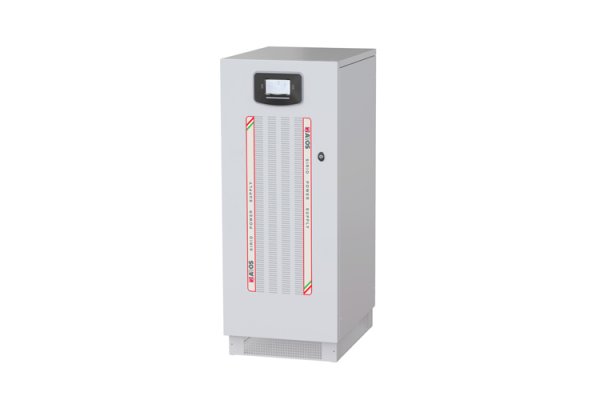 Sirio Power Supply is a device that can both increase the functionality of an On Grid photovoltaic system with AROS Solar Technology inverters as well as create an Off-grid system. In fact, thanks to energy storage which is suitably sized based on the desired load characteristics and battery life, the system can store energy produced from a renewable source which can then be used later or when there is no radiation, in addition to making the system independent of the existence of electricity distribution grid. Hence this solution allows the self-consumption of the energy produced by the centre’s photovoltaic system to be managed in the best possible manner. The battery charging is done from the photovoltaic inverter or the electric grid/ generating set.

The generous dimensions of the main internal components allows a higher output value to be obtained and, to guarantee the system performance, the presence of the inverter’s output transformer ensures the galvanic separation between the load and the batteries.

Battery Care System
The monitoring and management of the accumulators is transferred to the Battery Care System program which can safeguard the efficiency and reliability of the batteries with following services:

The device is compatible with the most common batteries used for photovoltaic applications characterised by a high number of charge and discharge cycles. To further optimise the performances, the Battery Care System also allows the manual setting of the voltage, current and charge duration parameters in case open-vented or NiCd batteries are used.

The SPS devices are best installed both in places that have a grid as well as in geographically remote, rural or isolated areas that have a heavy energy demand but with unreliable grid power or power which is provided through generating sets; thus in cases where energy needs to be stored– preferably from economical sources such as the sun. Let us look at some examples in detail:
Areas where the grid is available and there is the option of net metering (1)

Thanks to the batteries, the system optimises the self-consumption of the energy produced from the photovoltaic field and supplies only the grid power that is not used to supply the load or charge the battery.

Advantages:
meets the needs of current peaks by using the energy from the battery and not the grid
uses energy produced when the distribution grid tariffs are most expensive
feeding energy into the grid when the tariffs are more convenient
optimise the self-consumption period and hence reduce the TCO of the PV plants

(1):Check if this operating condition is legally permitted in the country of installation.

Areas where the grid is available without net metering

No reviews were found for Sirio - Model SPS 10 - Power Supply System. Be the first to review!