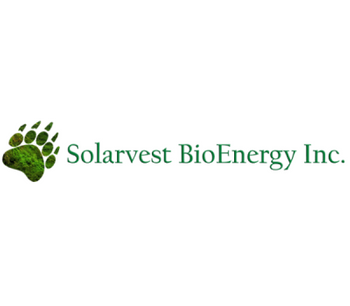 Few subjects have such broad impact on society than energy and its use. These impacts range from simple consumer issues like the price of gasoline and electricity to political turmoil in the Middle East and melting ice caps in the Arctic. Domestically produced, renewable and environmentally benign sources of energy are vital for sustainable economic growth and environmental health – energy is considered a national security issue in the United States.

Today’s market is vast and varied and ranges from enormous industrial consumers like the oil sands and fertilizer producers to many specialty uses, for example semiconductor fabrication, annealing stainless steel and ferrous metals, float glass industry and backup power generators. Global hydrogen sales totaled 13,000 trillion standard cubic feet of all quality levels (purity) gas. The great majority of major automobile manufactures have produced demonstration hydrogen fuel cell vehicles but even though this exciting application is a climate saving panacea, Solarvest need not wait for this segment to realize substantial sales since high-grade hydrogen for specialty applications sells for approximately $100/kg.

The global demand for energy is increasing rapidly as more countries emerge from underdevelopment: it is expected that energy use will increase 60% in the next 25 years with oil and gas accounting for 60% of the energy demand. While great strides have been made in reducing many of the pollutants from the burning of fossil fuels from point sources (for example mercury from coal power plant flue gases and nitrous oxides from engine exhausts), the impact of inherent byproducts –particularly CO2 - have proven more insidious. It is within this spirit, and the realization that energy systems must change and that opportunities exist for companies like Solarvest BioEnergy Inc. to pursue the development of advanced, more efficient, affordable and cost-effective biologically based energy technologies.

The alternative energy industry is also booming; analysts at British Petroleum report that renewable power consumption grew by 15.5% worldwide in 2010, 12.6% in 2009 and 15.4% in 2008. However, this growth does not indicate that the demand for renewable and alternative energy will diminish any time soon. It only represents a small percentage, 1.3%, of total energy consumption in 2011, up from 0.6% in 2000. The United States (USA) correctly considers its energy trade deficit (primarily oil) a matter of national security.

The Central Intelligence Agency (CIA) World Fact Book reports that the USA consumes 18,690,000 barrels a day (2009/10 estimate), which is more than twice the next largest consumer, China, at 8,200,000. The American economy is inexorably tied to energy and with the price and availability of oil not improving in the future, the investment in new sources of energy is critical. Numerous government support programs are in place to fund these types of clean energy development programs.

Although hydrogen is the most abundant element in the universe, it does not naturally exist in its elemental form on earth. Pure hydrogen must be produced from other hydrogen-containing compounds such as fossil fuels, biomass, or water. Each method of production requires a source of energy, i.e., thermal (heat), electrolytic (electricity), or photolytic (light) energy. Hydrogen is either consumed on site or distributed to end users via pipelines, trucks, or other means. Hydrogen can be stored as a liquid, gas, or chemical compound and is converted into usable energy through fuel cells or by combustion in turbines and engines. Fuel cells now in development will not only provide a new way to produce power, but will also significantly improve energy conversion efficiency, especially in transportation applications.

The demand for hydrogen is clear with most of the major automobile manufactures committing to launching fuel cell alternatives. Honda will launch their first commercial production car, the FCX Clarity, by 2015. Other examples include fuel cells for portable consumer electronic devices, back-up power, small stationary power generation, and forklifts. These systems are less complicated and have smaller volume requirements. Utilization of fuel cells in these types of applications may help resolve technical and institutional barriers, boost production volumes, and lower costs, which could help the technology evolve to a level of readiness adequate for wide spread use of hydrogen fuel cell vehicles and fueling infrastructure. Initial market penetration is ongoing and includes larger vehicle (primarily busses) and infrastructure validation where the government can foster further growth by playing the role of “early adopter” and by creating policies and incentives that further stimulate the market.

Almost three quarters of a century ago, researchers found a metabolic switch in algae that allows the primitive plant to discharge hydrogen gas as opposed to oxygen. The USA Department of Energy (DOE) developed first generation systems based on this metabolic switch. Algae were placed in a sealed bioreactor and a metabolic switch was triggered through the removal of a crucial nutrient from the culture broth.

No reviews were found for Clean Energy. Be the first to review!