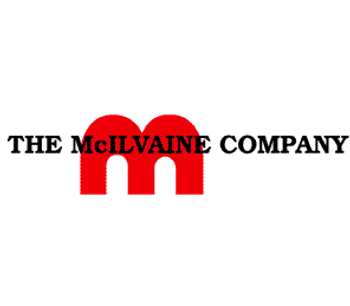 Forecasts of coal fired boiler capacity for each country of the world are continually revised and displayed. Comprehensive analyses reveal the environmental, demand, political and other factors providing the basis of the forecast. Monthly updates have specific new generator plans. Separate forecasts for super critical, sub critical, CFB, and IGCC are provided.

Substantial changes in the price of natural gas, the support for stringent greenhouse gas reductions and many other factors could quickly alter the situation. For example, the revelation recently by NASA that thinning of the aerosol layer by as much as 20 percent in the last three decades could be a major cause of global warming raises uncertainty as to the net contribution of coal-fired plants.

Co-firing of biomass and coal is another trend. First in Europe and then elsewhere, biomass will often replace up to 10 percent of the coal. It will be introduced either along with the coal or as a gas injected above the primary combustion zone where it will serve to reduce NOx as well as provide additional fuel.

Even with this rapid expansion, Chinese coal-fired capacity per capita will be less than half that of the U.S. in 2030. McIlvaine is tracking every project in an effort to accurately forecast this very large Chinese market.  2500 units are either operating, under construction or planned. Some of these are small old units which will be retired.

The market for coal-fired boilers in Europe is booming due to greenhouse gas regulatory efforts. There is a rush to build plants prior to 2012. Germany alone is moving forward with 26,000 MW of new coal-fired units. It will retire existing less efficient units to make net gains in CO2 emissions per megawatt.

The DOE high forecast projects U.S. coal-fired capacity of 490,000 MW in 2030 with 85,000 MW of retirements. With present capacity of 305,000 MW, the requirement for new coal-fired plants would be 270,000 MW for an investment of $400 billion. Therefore annual new capacity additions would need to exceed 10,000 MW per year with an investment of $15 billion annually. McIlvaine is predicting capacity additions similar to the DOE high forecast for several reasons.

McIlvaine predicts that the waste heat from coal-fired plants will be widely utilized at adjacent ethanol plants. This will boost coal-fired capacity in two ways. One will be the direct additional generation requirement. If ethanol accounts for 25 percent of the transportation fuels in 2030, there will be an energy demand equivalent of 15,000 MW. Half of this may come from waste heat and the other from additional generating capacity.

The second boost for electricity generation will come from the substantial net greenhouse gas reduction resulting from combining electricity and ethanol production.

The forecast assumes that Integrated Gasification Combined Cycle power generation (IGCC) will be a growing segment of new coal generation, but will remain a minority choice at least over the next ten years. By 2015 there will be considerable operating experience with IGCC for power generation. There will also be clarity relative to the costs of CO2 sequestration and whether IGCC has cost benefits over pulverized coal-firing.

McIlvaine is tracking every proposed as well as operating IGCC unit. Most of the present operating coal gasification systems are not generating power. Start-up has been pushed back on several IGCC projects. As a result, it will be sometime before utilities have the same comfort level with IGCC as they have with pulverized coal.

No reviews were found for Coal Fired Boilers: World Analysis and Forecast Report. Be the first to review!