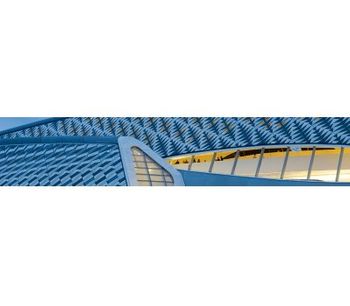 A building’s skin can define its value, performance and architectural expression. Façades and building envelopes – which form the outer skins of buildings – project image and creative intent. Increasingly, they are also understood as important environmental moderators and key influencers in project risk and commercial success.

A thoughtfully designed skin can make a new buildi...

A thoughtfully designed skin can make a new building work more effectively for its owners, occupants and environment. It can also transform the performance of an existing building.

Arup’s façade solutions synthesise each facet of value. Our approach is based on ingenuity: it is performance and business focused – in other words, we do more for less. Everything we do, from concept design to implementation and renovation, is design-led and underpinned by technical rigour.

Typically, a façade’s cost is equal to that of a building’s structure. Arup’s independent advice helps owners and developers negotiate the associated commercial, technical and programme risks. We can also identify well-considered façade solutions that add value to new and existing properties – from enhancing durability and producing energy savings to re-positioning an occupant’s brand.

Arup is designing a new skin for the Hotel Concorde la Fayette – the tallest hotel and one of only two high-rise towers in the city of Paris, alongside the Eiffel Tower. It is a chance to redefine the Hotel’s night-time signature through lighting design and to transform guests’ experience by optimising views, natural light and thermal comfort.

As the interface between interior space and exterior environment, a building’s skin plays a crucial role in heat and light exchange. Its performance in that role affects occupant comfort and productivity, energy use and running costs.

Arup’s advanced expertise in materials, building physics and building performance and systems helps us to deliver optimal performance in façades.

Our double-skin façade is key to the sustainability credentials that earned a six Green Star rating for 1 Bligh Street, Sydney. Double skin façades are often used to combat cold in Europe, but are relatively new to Australia and had not before been used locally on a high rise of this scale. The double skin provides great solar control but also permits the use of very clear glass – making the most of Sydney Harbour views.

Arup’s integrated façade knowledge, which incorporates structural engineering, building physics and advanced modelling techniques, equips us to realise even the most ambitious of architectural visions. In Milan, for instance, we are providing the glass skin on the dynamically twisting 170m TCB Torre Hadid.

We also work closely with product designers and cladding manufacturers to create innovative façades with new materials. We have been developing the use of fibre reinforced plastic (FRP) – a lightweight material with very high thermal performance, more commonly used for speedboats – in façades such as the Chanel Travelling Pavilion.

We also apply our advanced engineering skills to structures of all scales – from an entirely glass staircase for Arne Jacobsen’s Danish National Bank headquarters, to a tubular glass sleeve for Manchester’s Corporation Street footbridge, to an 800m translucent stone wall for the Grand Egyptian Museum.

No reviews were found for Façade Engineering Services. Be the first to review!