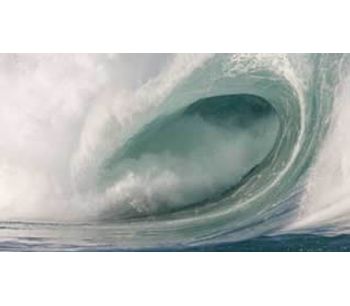 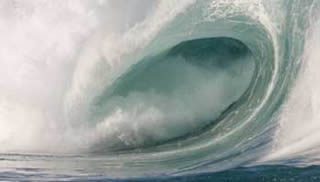 With some of the best and most exploitable marine renewable energy available, Scotland already has full-scale prototype wave and tidal energy generators at sea, connected and delivering energy to the UK. ETP is forging links between Scotland’s world leading universities and the marine energy industry to help wave and tidal energy contribute to a diverse and secure energy mix in the future.

One of the key areas of expertise in ETP is in assessment of renewable energy resources including wave and tidal alongside others like wind and hydropower. Such analysis is vitally important for project feasibility studies, planning policy, wider energy network analysis as well as specification of marine energy devices.

Modelling plays a major part in the resource assessment process, whether this be at geographical level or more detailed individual sites. ETP universities are well placed to conduct numerical and statistical evaluations of both wave and tidal energy sites.

The University of Edinburgh has built a reputation for tank testing over 40 years. The latest tank at FloWave is capable of simulating both currents and waves. Its scale and capability makes this an unparalleled world class facility. Another of the ETP Universities - The University of Strathclyde offers the Kelvin Hydrodynamics Laboratory for large scale tests.

Throughout the ETP university partners, computational fluid dynamics remains an invaluable tool to understand the fluid-structure interactions of marine energy devices and the water. The Universities of Strathclyde and Edinburgh use a combination of bespoke and commercial software packages to conduct computationally intensive modeling.  Edinburgh can also provide access to supercomputer HECTOR.

The economics of projects have been examined by a number of projects and institutes within ETP . The Fraser of Allander Institute at the University of Strathclyde carries out research on the regional and Scottish economy with a particular interest in energy issues.

At Edinburgh’s Institute for Energy Systems much research activity relates to the ability to extract power from the sea. In particular this includes novel direct drive linear and rotary electrical generators and considerable work into the effective and efficient control of marine energy devices.

Both the University of the Highlands and Islands (SAMS and ERI at Thurso) and Heriot-Watt’s ICIT campus are active in modeling the Environmental impact of marine energy of the flora and fauna found in the sea.

No reviews were found for Marine Energy Services. Be the first to review!