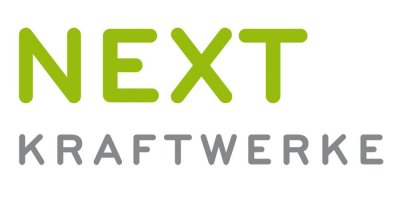 Solar energy has one advantage over other renewable energies: Solar cells produce power during the day, when it is needed most, roughly between 9 am and 6 pm. In countries with a high proportion of solar power feed-in, this natural advantage has led to a decrease in power prices on the open market. It’s quite simple: Photovoltaic (PV) power is cheap, once the initial cost of manufacturing and installing the solar modules is paid off. Thus PV will gradually squeeze conventional power suppliers – coal, gas, nuclear – out of the market. But solar energy also has a couple of disadvantages compared to conventional power suppliers. For starters, PV parks are not necessarily located near to big consumers such as industrial parks. In fact, PV parks are located where there is a high probability of continuous and strong solar radiation.

This means that existing power grids that were bui...

This means that existing power grids that were built for the conventional power industry are put under stress by increased – and fluctuating – solar feed-in. Another disadvantage arises from the fact that solar energy producers are newcomers to the conventional power industry – especially when it comes to trading their output on the wholesale markets.

Our virtual power plant offers a solution to the solar industry’s grid limitations and market integration problems. By interconnecting decentralized solar parks, the control system of our virtual power plant is able to aggregate feed-in, grid and market data. This is the first necessary step in order to trade solar power on the wholesale market in a smart fashion. Being a certified trader at EPEX Spot, Next Kraftwerke offers a wide range of single-source energy exchange trading services, thus providing the solar industry with the required technical and trading know how for superior market integration.

After the installation of our tried and tested rem...

After the installation of our tried and tested remote control unit at the solar park, the modules are integrated into our virtual power plant.

Next Kraftwerke trades the output on the energy ex...

Next Kraftwerke trades the output on the energy exchange, in accordance with current VPP, grid, weather and market data.

The solar park operator receives reliable revenues from the energy exchange without having to invest in trading infrastructure himself.

No reviews were found for Solar Energy. Be the first to review!