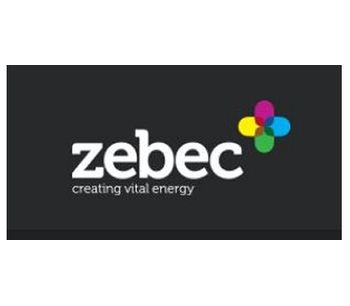 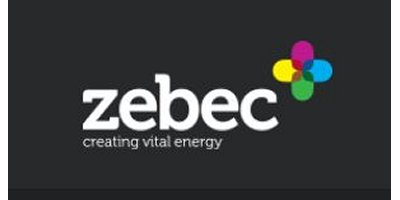 While at present Zebec are in construction of a conventional AD plant, an integral part of the company’s future is the integration of an algal production unit. The algae unit will be able to utilise the anaerobic digestion outputs as feedstock for algae production (specifically the CO2 and the digestate). The algae in turn will be able to provide a portion of the AD plants substrate requirements and therefore contribute to the facilities total energy outputs.

The main areas covered in the research program are...

The main areas covered in the research program are:

Seaweeds are a little used biomass which could be grown and harvested in large quantities on a commercial basis. Digestion of seaweed results in a significant output of biogas. Research carried out by Zebec has shown that enzymes increase the output of biogas even further. The potential exists, therefore to harvest seaweed to supplement existing feedstock sources for anaerobic digestion.

Zebec are developing a project to demonstrate this on a commercial scale. The outputs of this research will be especially applicable to remote communities as gas supplies, heat or electricity could be produced entirely from local and renewable resources without displacing valuable farm land. Indeed the outputs from such a plant would provide valuable nutrients.

Clean Fuel Concept - Biogas Brålanda is a new concept for the production of biogas. It is a pilot project that has accumulated knowledge and documentation for establishing locally adapted biogas plants and infrastructure for biogas production.

The concept’s idea is that farm-based biogas plants are linked by a pipeline for biogas. Raw gas is produced at the farm plants and is led through a buried pipeline to a common upgrading plant. The gas is purified to vehicle quality and transported via gas pipelines on to filling stations.

The infrastructure network that Clean Fuel Concept is planning to build can also be connected to other gas networks in the future. The opportunity therefore exists for the large-scale production of environmentally friendly vehicle gas without unnecessary transport, while the concept maintains the advantages of being small-scale.

The infrastructure is already in place, with the network connected, ready to meet the increased demand. An efficient use of farm resources contributes to reducing carbon-dioxide and nitrogen emission levels. The processed crops can also be used for fertilization purposes, as an alternative to artificial fertilizer.

Companies in the automotive sector are now clearly communicating their need for alternative fuels. The Volvo Group were the first to develop carbon-dioxide neutral demo lorries that were run on biogas-combined fuels.

Craig Grimes of Pennsylvania State University shares his views, “Right now there is lots of talk about burying carbon dioxide, which is ridiculous. Instead we can collect the waste out of the smoke stack, put it though a converter, and presto, use sunlight to change [CO2] back into fuel.”

The team of researchers arranged the nanotubes vertically somewhat on the lines of empty honeycomb. The top of the nanotubes is covered with a thin, reddish-brown layer of copper oxide. Here the copper and titanium oxide operate as catalysts. They increase the pace of chemical reactions that happen naturally.

How Does The Whole Process Work?

When sunlight strikes the copper oxide, carbon dioxide is transformed into carbon monoxide. When sunlight comes into contact with titanium oxide, water molecules split apart. In this reaction hydrogen is freed from the water and the carbon released from CO2, unite again to create burnable methane. Here oxygen is released as byproduct. If we adjoin more carbon dioxide and sunlight, we will obtain more methane. Craig Grimes calculates that focusing the light collected from 1,100 square feet onto one of the membranes would generate more than 132 gallons of methane on a sunny day. Grimes is of the opinion that formation of methane by this process is the solar power by another name. Instead of storing electrons in batteries, Grimes’ initiative would store energy chemically.

We can use the methane in many ways. In cooking gas cylinders, we can utilize methane instead of propane. Coal-burning power plants could utilize the methane to heat water and generate more electricity. Kyoung-Shin Choi, a chemistry professor at Purdue University, points out another important benefit of the methane. He says we don’t have to invest money in infrastructure as it already exists. “If you want to use hydrogen as a energy source in the future, you have to convert all the existing infrastructure,” said Choi. “But we’ve been using methane for years, and can utilize all the infrastructure we already have.”

“It’s a clean and sustainable cycle as long as you have sun and water,” said Choi.

Can Biogas Be Used In Fuel Cells?

A fuel cell is a system that directly converts a gaseous chemical reaction into electricity. In a typical fuel cell, pure hydrogen (H2) reacts with oxygen (O2) from the air to create water (H2O), heat and electricity.

Before the advent of fuel cell technology, internal combustion engine generators were the sole alternative for conversion of bio-methane into heat and electricity with a typical 25 to 40 % efficiency range.

No reviews were found for Research & Development Services. Be the first to review!